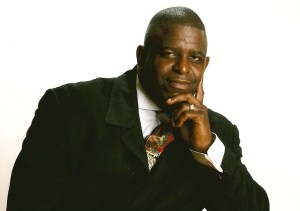 A talented teacher and inspirational speaker, savvy entrepreneur, dynamic pastor and anointed prophet, Lincoln Corbin Sr. accepted his call to the ministry at the age of 15. At a young age, he gained an in-depth understanding of the importance of God’s ministry. He started early morning prayer, established and coordinated church visitors and members pick-up service, initiated a drama ministry and organized church revival services. He performed duties of his pastor’s armor bearer for 19 years. As a student of the Jameson Bible Institute in Philadelphia,PA, Lincoln Corbin taught Sunday school and Bible study classes as well as coordinated street evangelistic efforts. He was also involved in a variety of administrative matters as a head of Trustee Board and member of the Board of Directors, Finance and Building committees. Having been ordained as a minister at the age of 19, Lincoln Corbin became the youngest ordained official at the Blood Covered Church of Christ. More then twenty years later, he pastors a rapidly growing congregation of the Marvelous Light Church, founded in 1998. Marvelous Light Church is a multiracial inter-generational, non-denominational church located in Palmyra, NJ.  As a powerful speaker and talented playwright, Rev. Lincoln Corbin Sr. is invited to speak at services, conferences and revivals all throughout Southern and Central New Jersey and Philadelphia areas. Over the course of his pastorate, he wrote and staged over a dozen plays for children and youth (i.e. “Tomorrow”, “The Christmas Dinner”, “Second Chance”, “The Lay Over”, “The Mercy Seat” etc.).  Pastor Lincoln together with his wife of 30+ years, Pastor Leasa Corbin, represent a role model of a Godly marriage, which has translated into their work with hundreds of engaged and married couples. Pastor Corbin was a featured guest on Rev. Gladys Willis’ show that aired in Philadelphia and New Jersey. For a total of five years his sermons were featured by WTMR radio station. Pastor Lincoln Corbin Sr. and his wife, Pastor Leasa Corbin, reside in Southern New Jersey. They have happily raised two sons and a daughter.  They have also been blessed with ten grandchildren.